Now that the summer months are over, autumn festivities are in full swing across Europe! As the colder weather draws in, put your summer clothes aside and grab your woolly jumper! Here are 5 November traditions in Europe that you should know about!

Perhaps the most well known of the November festivals, Bonfire Night (or Guy Fawkes’ Night) is celebrated each year on the 5th of November, a date which is never forgotten thanks to this famous rhyme:

Remember, remember, the fifth of November,

I see of no reason, why gunpowder treason,

Should ever be forgot.

The event celebrates the anniversary of the ‘Gunpowder Plot’ to blow up the House of Parliament in 1605. For this reason, a life-size puppet of Guy Fawkes is typically burned on a large bonfire along with fireworks and general festivities. This puppet is traditionally used during the day beforehand to raise money for the event; a ‘penny-for-the-guy’ is requested from passers-by.

So what’s the connection with V for Vendetta? Why all these ‘Guy Fawkes’ masks?

In the oppressive society of V for Vendetta, the character of ‘V’ recites the above poem on television and does what the real Fawkes failed to do; he blows up the houses of parliament on the 5th of November. He chooses to masquerade as Fawkes to remind the nation to stand up against the government in a reality where the lessons of the past had been forgotten. Guy Fawkes has therefore become an ‘idea’.

Saint Martin’s Day: All over Europe

Although Saint Martin’s Day originated in France, it is now a tradition celebrated in many European countries on the 11th of November. 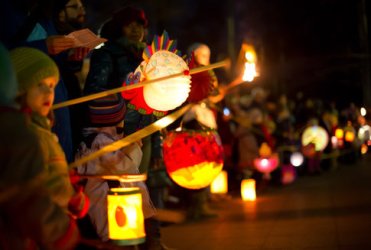 In Germany, children make lanterns that are then carried through the streets in the evening while they traditionally dress up as a Roman soldier on horseback, impersonating the Saint. A bonfire is also lit where people celebrate by eating goose (another symbol of Saint Martin) and drinking mulled wine. There are similar festivities in Belgium, Austria and the Netherlands.

In many other European countries, the celebrations focus on food, often involving goose, Saint Martin themed cakes, or, most commonly, wine.

Saint Leopold is the patron saint of Austria, and his feast day is the 15th of November. Just like Saint Martin’s Day, Austrian’s traditionally eat goose on this day and, more importantly, plenty of wine. 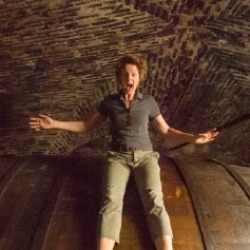 In fact, the tradition is to travel to a specific wine cellar in the city of Klosterneuburg for an event called ‘Fasselrutschen’ or ‘The slide of the great cask’. This activity involves climbing on top of the cellar’s enormous wine barrels and sliding off them. Folklore has it that the faster you slide, the luckier you shall be in the coming year.

In the past, Saint Catherine was supposed to be the protector of young girls. Therefore, young girls and ladies would pay homage to her on her feast day, November the 25th, by making a hat in her honor. When they married, they would leave this tradition behind. 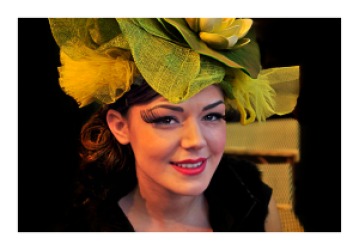 Over time, if you reached the age of 25 without getting married, you were said to be ‘capping Saint Catherine’ (‘coiffer Sainte Catherine’). Nowadays, this somewhat outdated tradition exists for single ladies over 25. They wear ‘Catherinette’ hats on this day, which are predominantly yellow and green; the colours of wisdom and hope respectively.

Not unlike the French ‘Catherinette’, this Polish festival (named ‘Andrzejki’ in Polish) focuses on young, unmarried women. On this night, the 30th of November, several rituals are performed to predict the future of the girl in question such as: 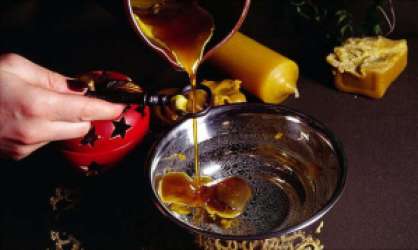 What do you think about these 5 November traditions in Europe that you should know about? Let us know!

So, if you find yourself in any of these countries this month, don’t miss out! There are always new traditions to experience: make the most of the autumn and keep travelling!

5 November traditions in Europe that you should know about